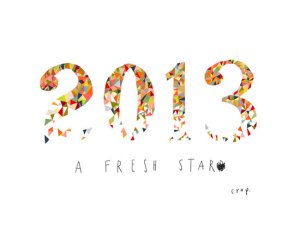 I screw up all of the time… Seriously, it’s like a defect.

The real important part is that I don’t give up. Sometimes I feel like I’m banging my head up against the wall but eventually I break through. That is why I don’t like New Year’s resolutions. I suck at them. However, I never give up on them, it just usually takes me until March to get rolling on it.

That is why this year I had declared Daylight Saving time as my new resolution day. I did this for two reasons.

1.) It comes twice a year so if you feel like you need an official do-over (which, you will) you’ve got one.

2.) The time change always shakes things up a bit so it’s the perfect time to create new habits.

Par for the course I had resolved to get my sh*t together during the last Daylight saving in November. I’m just now getting to where I feel like I need to be and it just so happens to be on New Year’s Day. Funny, huh? (I knew it would happen. I think that’s why I wasn’t fully committed.)

Everyone makes New Year’s resolutions whether they want to admit it or not. Some declare it openly others simply make a mental note.

So, do me a favor. When you fail try again… and again. If you do that, no matter what your resolution is you will be successful, whether it’s July or December. It doesn’t matter when you manage to get your sh*t together, or how many times you’ve tried. What matters is that you succeed.

Some say that the definition of insanity is repeating the same thing over and over again expecting a different outcome. Well, call me crazy because that’s exactly what I intend to do.
Happy New Year everyone!

9 thoughts on “Call Me Crazy”