Yay! It’s that day of the year when we eat inexplicable amounts of calories while we chug beer and watch commercials and half-time shows… oh yeah and football!

Who am I kidding? I don’t watch the football. I read a book until the good stuff comes on. 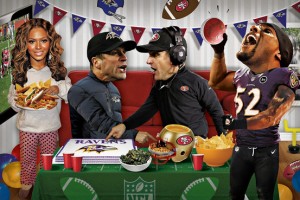 However, if there is any time during the year that gives us an excuse to eat copious amounts of food… I’m there. I have actually been known not to start a “diet” because I knew that in a few weeks it would be someone’s birthday or there would be a holiday that required eating like crap.

Since I’m pretty much an all or nothing person I wouldn’t want to subject myself to that kind of failure. So instead, I would continue to eat like crap until that said day had passed and then take on the challenge of weight loss… that is, as long as nothing else was planned within the next few weeks.

Shut up… that wasn’t a real question.

This is how a day like this usually goes. I wake up and start to make some oatmeal but then slap myself in the forehead and say… “What are you doing? It’s Superbowl Day! You have to eat like crap!”

I don’t know why this is the rule, but it is.

So, instead I would go through the drive through at Starbucks and get a grande mocha and a orange cranberry scone. This would usually satisfy me until 2 at which point I would be starving but the Superbowl celebrations wouldn’t start for a few more hours. At that point I would look in the fridge stocked with the makings of a healthy lunch… announce that we have nothing to eat and go to Chik-Fil-A instead. Then two hours later the real eating would begin while I ignored the game and read my book.

WHAT!? It’s the Superbowl, I have to partake!

Not this year though! This year I am sticking to the veggie platter only…. Ahhahahahaha! You know me better than that right?! If not then you need to pay better attention.

This year I started my day like I have the past five weeks, hot tea and a healthy breakfast. I plan on meeting some friends at the gym at two and then I plan on partaking in Faturday… err Superbowl Day.

I’ve already gone to the store for the fixings I need in order to watch those commercials. Here’s the menu… 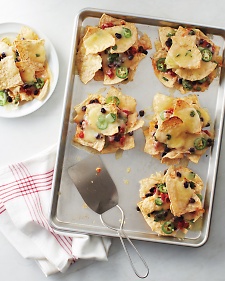 This will be great because I can still eat my nachos but I can control my portions. Plus, everyone get’s to customize their nacho stacks. 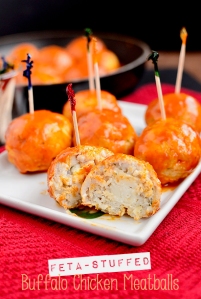 This is an Iowa Girl Eats recipe and the meatballs that are going down here won’t actually have feta because feta tastes too much like goat cheese and I can’t do goat cheese. This spurs from a traumatic experience milking a goat when I was “DANGER GIRL” for the radio station in my hometown…. someday I will elaborate. The point is I can’t eat anything that tastes the same way that a goat teet smells… It’s tragic. 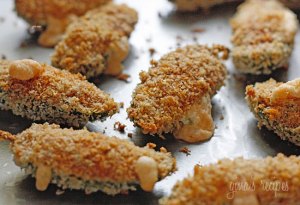 This recipe is from Skinnytaste. I made the chicken stuffed version and knew that I had to make the actual jalapeno poppers at one point. 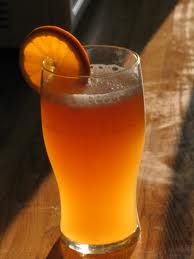 I love beer! Just as long as it’s light and/or requires an orange on the rim. My husband says that this isn’t really beer but I disagree.

Are you guys going to partake in the festivities of the day? If not are you even American??? This year I will be reading Judy Blume’s Forever because it is on a banned books list (a.k.a. a must read). Plus, I have the inner monologue of a thirteen year old girl… don’t judge.

5 thoughts on “The Hunger Games”