Attention Readers: There was an amendment to the ten week challenge!

If you happened to read Week 11 Weigh-in and the Ten Week Challenge you should know that I had to edit the starting date because Brent felt that it was unlucky to not drink beer on St. Patrick’s Day. I bucked him on it but he also reminded me that Bridget and Penelope’s Aunt Stacie and Uncle Ben were visiting from St. Louis this weekend and that once they got here they would want to eat copious amounts of naughty food. Brent let me know that it was my duty to participate in the familial fativities of the weekend.

I conceded and we agreed that Monday would be the official starting date for the ten week challenge.

Since we were going to eat so much crap we decided to tighten up the first week of the challenge in order to cleanse ourselves of the junk we ate over the weekend.

So from Monday through Friday we can’t eat dairy, sugar or high glycemic carbohydrates (i.e. fruit, pasta, potatoes… as I type this it sounds kind of crazy). I just told Brent that it sounded crazy and he made fun of me. I just hope that he knows that beer will also be excluded. I will be posting pictures of everything that I consume during those five days as proof of my commitment.

Since this blog is about honesty also felt compelled to post pictures of the crap that I ate over the weekend.

Friday I ate well except for the evening when our guests arrived. We ate salami sandwiches and chips for dinner… It felt really sinful.

The next day Brent made us all bacon and egg bagel sandwiches for breakfast. I paired it with some sugar coffee.

For lunch we headed over to Lucy’s first Birthday party, Lucy is Penelope’s BFF from the womb. 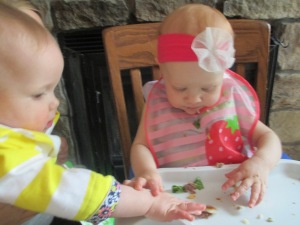 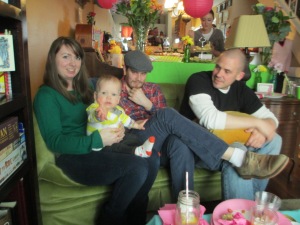 We spent the rest of the birthday party oohing and aahing at how cute Lucy was eating her first cupcake. We also ate some cupcakes too. I was still too full from the bagels to enjoy the other yummy things Andrea had prepared for the party.

That evening we went out to eat at a Mexican restaurant where I proceeded to eat a beef chimichanga and guzzle down a margarita. I did it for Cinco De Mayo since I will not be able to participate during that date due to the challenge. 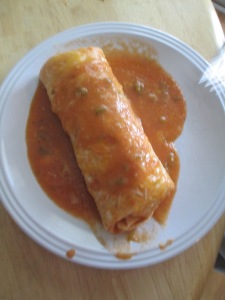 I however, was a bit played out with the whole “let’s eat the crappiest food on the planet and hope our guts don’t explode” thing. So I settled for eggs, toast and strawberries. 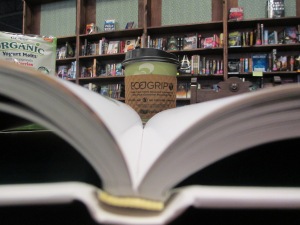 This is where I ordered my last coffee for the next ten weeks.

When Brent got done at the gym we all met up at IKEA where Brent and I shared a plate of Swedish Meatballs and a slice of chocolate cake. (I would have taken a picture but Brent dug in before I got the chance.) While we were there I picked out the garden table set I wanted to buy for my garden and Brent picked out a dresser for our bedroom. We didn’t buy either one because we didn’t have a way to haul it so we settled for this circus tent instead… 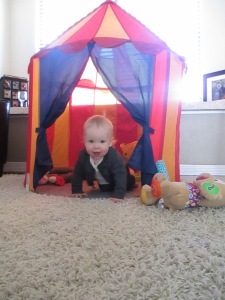 Penelope thinks it’s the coolest thing ever! I think it will be great for entertaining her outside this summer.

The rest of the afternoon was spent listening to The Jackson Five on Pandora while we played Yahtzee. 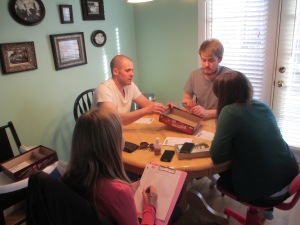 During the evening we built a fire to snuggle next to and ate hot dogs (again… yuck) and roasted marshmallows while drinking beer in the name of St. Patty’s Day. 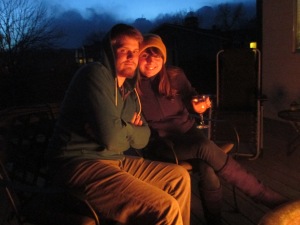 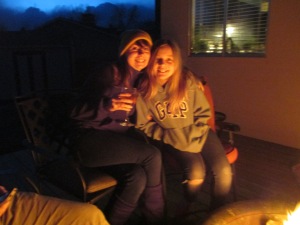 It was a great weekend but I’m really sick of junk food. Now that I’ve accomplished my familial obligation of eating until I want to puke I am ready to embark on my ten week challenge!

How was your St. Patrick’s Day?