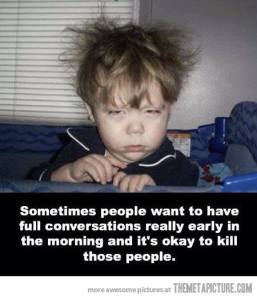 Looking back at it I kind of wished I would have started a fake “My Life Is Perfect” blog because then I wouldn’t have to share the bad news.

But… I didn’t, so now I have to confess that this week sucked.

I hate to break it to you because there’s something about the Debbie Downer attitude that really gets on my nerves. This makes me go out of my way to look for the good in crappy situations but sometimes life just sucks and there’s nothing you can really do about it but acknowledge it and move on.

To go along with that theme I’m up at two o’clock in the morning writing my weigh-in post, a task I usually save for when I’m up for the day.  I went to bed at 11 and was fast asleep but Penelope woke up three times in the one o’clock hour. After the third trip to her room I was left lying in my bed blinking up at the ceiling.

It’s not entirely Penelope’s fault that I can’t sleep, I think I’m in mourning… It’s stupid really, but I couldn’t stop thinking about my garden that got pulverized during a freak hail storm that took place yesterday afternoon. Once it was determined that I wasn’t going to sleep I lied in bed and started instagramming pictures of my garden.

I feel like a dejected ex-girlfriend who can’t get over a breakup so instead she obsessively posts pictures of the “good times” and then slowly starts posting angry images of what went wrong.

I was so looking forward to Fall because Penelope and Bridget were going to have their own personal pumpkin patch. Penelope and I spent every morning watering the plants together. It was one of my crowning moments as a mother…

I spent the day yesterday doing everything right. I ate a healthy breakfast with the girls, went to the gym and played with Penelope at the park. But for some reason I felt really off.  I didn’t know what my problem was as I struggled to fight off another migraine headache. Just like on my birthday I was feeling nauseous and my head was pounding. What I didn’t know was that my body was reacting to the barometric pressure of that impending storm.

As I stood in my kitchen choking down another hand full of ibuprofen I could hear the pounding of hail start to hit my roof. Before I knew it the hail was coming down so hard it sounded like our house was under attack.

It came on so fast! I was glad we weren’t out for a walk or playing at the park when it took place. Within fifteen minutes the creek by our house was flooded.

When we first moved into this neighborhood Bridget and I called this bridge our “Bridge to Terabithia”. (We are such book nerds.) It never quite fit the part until that storm rolled through.

After we looked at the creek with all of our neighbors we headed back to our own backyard to survey the damage. 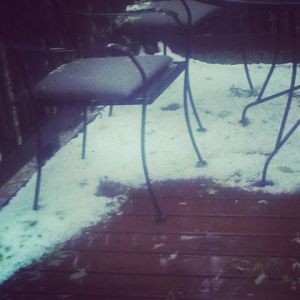 My garden was gone…

I was so bummed but I kept trying to remind myself that it was just a bunch of plants, no biggie. Plenty of people have bigger problems. I just needed to get over it.

Yet, here I am now at three o’clock in the morning, writing a blog post about it. Seriously? To make matters worse when I weighed myself I weighed in 196. WHAT THE CRAP?! I even spent an entire day being involuntarily bulimic!

This week was supposed to be the week that everything fell into place. Ohhh the irony!

Brent is leaving for St. Louis tomorrow to go see our new baby nephew and he was going to take Penelope with him since she flies free. At first I was hesitant about being separated from her but as the migraines piled on through out the week I started to look forward to having a mini mommy vacation. I started to look forward to not having to worry about nap time or the wretched hour before bed time. Three days of freedom… what a treat!

Then, we found out that one of the cousins that they would be visiting is sick so we decided Penelope should stay home with me after all. We don’t want her to get sick too. I can’t help but feel a pang of disappointment at the thought of all of that thwarted freedom and that disappointment brings on a whole level of “mommy guilt”.

Brent get’s off of work tomorrow morning (this morning) and I have to drive him to the airport during Penelope’s nap time and then when he returns he goes back to work so that adds another two days of single mommyhood. I’m trying to rally myself so that I can have a better attitude about it but I need some space to throw an internal pep rally.

I’ve gotta get pumped up for next week because it’s gotta be better than the one I just went through! 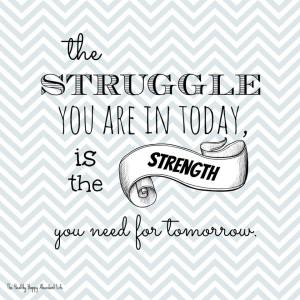