So, it seems I’m not done being sick yet. I’ve spent the past weekend trying to get rid of a sinus infection by ignoring it. (Apparently, it doesn’t work that way.) Every time I look in the mirror I always think I’m going to find this staring back at me… 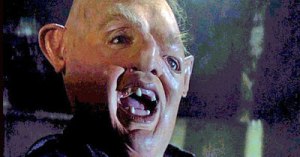 However, it turns out my face isn’t as deformed as it feels.

Yesterday, in an attempt to ignore how yucky I felt I decided to go for a run with Sir Scout. The sun was out and the ice was starting to melt away for the first time in weeks. I didn’t want to waste a perfectly good day sitting around inside feeling yucky! 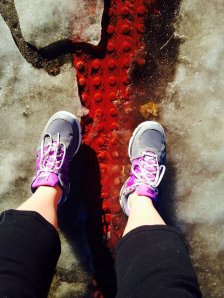 I thought that if I pretended like I wasn’t sick anymore than I would automatically feel better. It kind of worked! That is until, my sinus cavity started to jiggle making it feel like my teeth were about to fall out of my head. Unfortunately, there isn’t any kind of sports bra apparatus that I can wear around my face. So that’s when Scout and I decided to take it a little easier than we had originally planned. 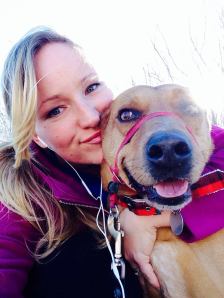 It was kind of annoying because my legs were just itching to run. It wasn’t a wasted afternoon though, because it still felt good to get out and get some fresh air. Once the music started pumping I was feeling back to my sassy self in no time.

I haven’t worked out in weeks and I’m seriously about to go insane. Honestly, I think it’s my own little personal jam out sessions that I miss the most. It’s like I’ve been watching a movie without the sound trek. How boring is that?!

After my little outside jaunt I was beat. By the time 8 rolled around that night I was lying in bed trying not to spill my sleepy time tea as I dozed off while I reading Allegiant, the third book to the Divergent series. (If you haven’t read Divergent yet you should.) Bridget is pushing me to finish it so that we can finally talk about it.

I haven’t gotten very far because I’ve been too distracted lately. I’m on a huge organizational kick which is really annoying since I’m still too sick to actually get anything done. I’ve been having a lot of anxiety because my student teaching is coming up this January and I’m nervous about the transition my family is going to have to go through in order to make this happen. (Penelope is going to daycare for the first time… eek!) Everything is going to have to be planned out ahead of time… meals, workouts, schedules. I’ve woken up several times in the middle of the night worrying about it. My only arsenal against this is to plan, plan, plan so that I can be prepared.

I was doing some research to plan for my workouts for the next few months and I found this great free resource from Jaime Eason. If you’ve ever seen Oxygen magazine you’ve seen her… 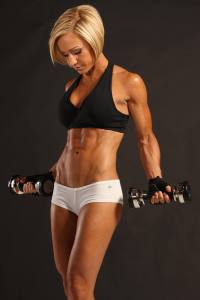 It’s called Live Fit and it’s supposedly the workout routine she follows along with tips on eating clean. She focuses on having you gain muscle in the first phase and then incorporates cardio later on. I haven’t read through the whole thing yet but I thought I would share it with you guys in case any of you would be interested. (Click on this Live Fit link if you want more info.) There are three phases that last a total of 12 weeks. She totally plans everything out for you along with at-home workouts you can do just in case you aren’t able to make it to the gym for some reason.

I plan on giving this a closer look.

Do you follow a weight lifting program? If so what is it, I’ve discovered that it’s best to switch things up and try new things so I would love to hear about it.

In the meantime, I plan on making myself some pho to help clear up my sinuses. I found this step-by-step Vietnamese pho recipe from Gimmesomeoven showing you how to make it. I can’t even tell you how excited I am to try it! 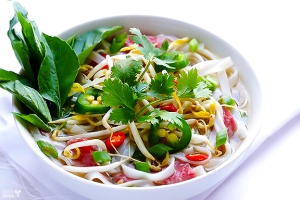