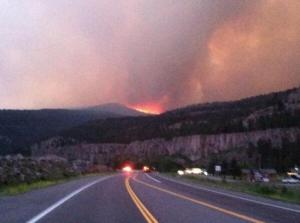 Well it’s official… I’ll be a single mom for the next two weeks while Brent is out saving lives and breaking hearts. The whole state of Colorado is pretty much on fire and we knew he would eventually be deployed for a wild land fire at some point this summer. We just weren’t sure when.

He went in to work yesterday for a one day overtime shift and since I was going to see him the following morning I slept through him leaving. I didn’t know I wasn’t going to see him for a few weeks. If I had I would have given him a big hug and kiss.

In the mean time Penelope has decided that she wants to be a stunt woman when she grows up. As I was trying to weigh myself this morning she decided to dive head first into the bathtub even though there wasn’t any water in it. Then as I sat down and tried to type this blog post I looked back just in time to see her bridging over from the arm of our chair and onto the window ledge. Then she proceeded to stand on the chair and jump on it until nearly falling off. I ended up turning it around so she couldn’t climb on it while I finished this post up. She was none too happy. 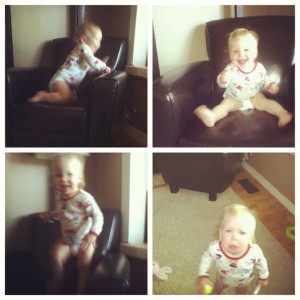 When I stepped on the scale this morning I was surprised to find that I weighed in at 188.8! This is crazy because I’ve either been on vacation or hosting someone at my house for the past few weeks. I have tried to stay active and eat well but I have refused to miss out on any of the fun or be too rigid for the sake of weight loss. I want to enjoy myself spending time with family while they are here.

My cousin is currently out visiting for the week. The last time I saw Katy was ten years ago when her mother passed away. Her mother is my mother’s younger sister. They had a brother too but he passed away also. They were all brilliant troubled souls due to a turbulent childhood.

I got really nervous when I headed toward the airport to pick Katy up. When I confessed this to her on the ride back home she said she was nervous too. Katy and I had to get to know each other all over again but this time as adults. We’ve had a blast so far and fell into an easy stride as if no time had passed at all. I’m so glad she reached out to me and wanted to visit!

Yesterday we spent the morning in Larimer Square, the Historic District of Downtown Denver. So of course I had to take her to The Market for lattes. 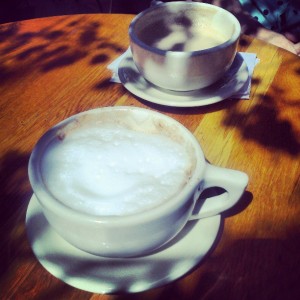 They were super foamy that day, it was delicious.

We also walked around 16th street mall which seemed to be particularly dirty for some reason. We saw plenty of people getting their lunch out of the trash and everywhere we turned an unsavory type was trying to flirt with my baby. I don’t belong in the city because I smile at everyone. Brent calls me a weirdo magnet. But the way I see it I’d rather be a weirdo magnet than be rude. This mentality has placed me in some awkward situations. Like the time my new BFF on the light rail showed me his house arrest ankle cuff to which I replied with a chipper, “Oh, what did you do?” (Harboring drugs and guns was the answer.) But I’m a bit less open when I’ve got my kids on hand.

After strolling around for a while we headed back to Larimer Square and had lunch at the restaurant right next to the market. 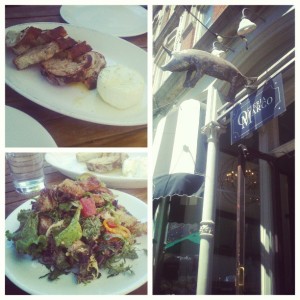 We shared burrata cheese and each ordered a side salad. I got a panzanella salad… it was TO. DIE. FOR. Shortly after we finished our lunch Penelope declared it time to go home. While Penelope napped I loaned Katy my car so she could drive down the street for a walk in the foothills. 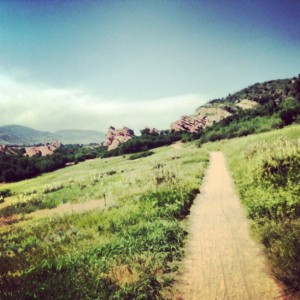 After nap time we made tacos with fresh salsa while Katy helped Bridget figure out how to tune her guitar. Hearing the strum of the guitar paired with Katy’s laugh that is identical to her mother’s has brought back a lot of memories. In fact today would have been my mom’s birthday so I find it to be fitting.

Tomorrow we plan on heading out to Estes Park to see my mom’s Aunt Freida and Uncle Dub. I’m hoping they have some old photos I can look at but since this is their summer house I’m not sure if they will have them on hand… but we shall see.

How is your summer going? Do you find it easier or harder to live a healthy lifestyle in the summer? I find it to be easier to be active but I also find myself wanting to frequent patios with refreshments.